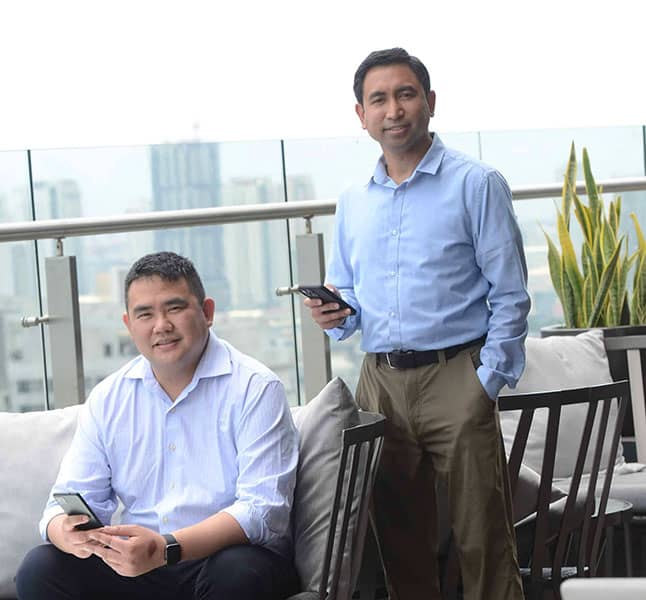 As a child of  Filipino immigrants, Ulupreneur Kevin Gabayan grew up in California as an aspiring techie that dreamed of becoming an inventor. A few decades and four patents later, he achieved that dream. As a kid, he created video games and participated in his school’s robotics team. And Kevin loved jazz, too: he played the saxophone with jazz bands through high school and college.

After earning a degree at UCLA, he went to Stanford for a master’s degree and continued work on a PhD in electrical engineering. In the process, he was a computer vision researcher at NASA Ames and received a fellowship from NASA. Even with the fellowship, Kevin was forced to take out significant student loans—but still couldn’t quite make ends meet. His limited credit history left him only unaffordable credit options, and he was eventually unwilling to take on more debt to continue his Stanford tuition.

He got a job, leading data science at Bump, the app that allowed users to bump phones together to exchange information. Google acquired Bump in 2013, and some of the four patents (in mobile interactions) Kevin developed came during his time at Bump and Google Photos.

Kevin met Earl Valencia in graduate school and formed a dinner group for Filipinos at Stanford. Conversations often turned to ways to make a more equitable world by serving emerging markets—where most of the world’s population lives—and Kevin says they came up with many zany ideas that they never executed, many drawing from experiences of financial challenges both Kevin and Earl experienced in the US and the Philippines.

Earl and Kevin continued their volunteer and professional outreach to the Philippines. Kevin led a volunteer team to partner with a city government in the Philippines to deliver live Silicon Valley tech talks to Filipino university students. He founded a product team in Google’s internal incubator focused on emerging market credit. On a Caltrain ride back from a volunteer event for Philippines startups, Kevin pitched to Earl that the fintech startup they’ve been dreaming of building for over a decade. They both quit their jobs and got to work. Kevin went to the Philippines and talked to hundreds of people on the street, asking them about their financial challenges and dreams. He met many consumers participating in the predatory lending practice of “5-6” loans, where someone borrows five and has to repay six, resulting in a 20% interest rate per month, or worse, per week. 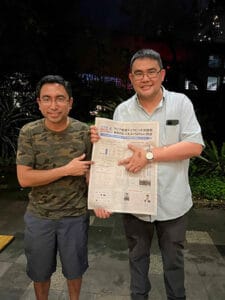 They formed Plentina, a platform that enables consumers to build credit while enjoying more flexible payment options. In October of 2020, they launched Plentina in the Philippines; to date, they’ve had 400 thousand downloads and have onboarded over 40 national scale merchants. In 2021 they launched their service in Vietnam.

We spoke to Kevin about building a company he and Earl have dreamed about for more than a decade.

Most of the world has been lacking access to financial services. But now with increasing mobile penetration in emerging markets, the availability of machine-learning tools allows us to de-risk people in emerging markets for financial services. Unfortunately most emerging market merchants have yet to modernize their payments and loyalty systems and form data science teams. The buy-now-pay-later model lets merchants partner with Plentina to modernize their payments and data science to achieve more sales while providing consumers more purchasing power.

We contacted a bunch of merchants on LinkedIn. A 7-Eleven Philippines executive told us it was a cool idea, and a team they’ve been looking for for years. And so we put together a landing page to pitch the financial services we could be building together with 7-Eleven. We showed this landing page to the CTO, and he got excited and pitched it to his CEO. The CEO called us up a few days later, asking us if we could meet with him in San Francisco. We arranged our first business agreement in the SFO airport. In October 2020, we launched with 7-Eleven Philippines co-marketing the Plentina app.

What are your tips to founders who are fundraising?

I’d challenge early stage founders to have the endurance to push through many, many leads; just keep talking to more potential investors and iterate your pitch based on the hard questions being asked. It could be orders of magnitude more meetings you expected you’d need to land your first check. Your product experiments and customer interviews will refine what it is you’re building—and what you’re not building. You want a crystal-clear definition of your value proposition.

What have been the biggest challenges?

Most emerging market merchants still rely on legacy payment systems, often relying on cash and legacy payment systems that don’t contribute to credit history. To overcome this we’ve built our own solutions from scratch, including store credit disbursements, reconciliations, and proprietary credit scoring to onboard merchants and consumers into digital payments.

What are your dreams for Plentina?

I dream that we’d eliminate “5-6” lending from emerging markets, and give consumers and merchants all the financial tools and education they need to thrive.