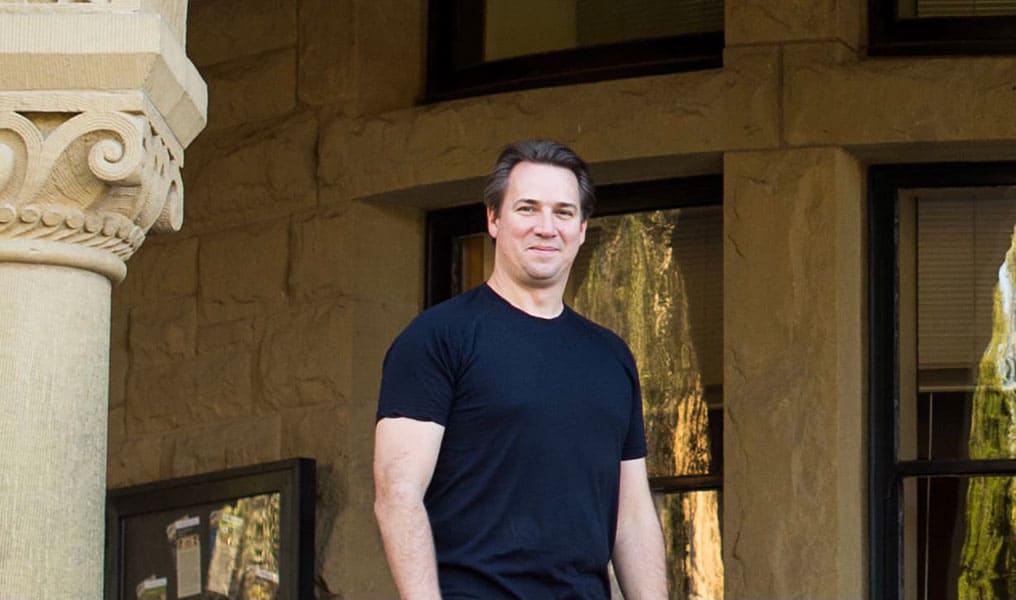 The Silicon Valley tech scene exploded just when Ulupreneur Chris Morace, founder and CEO of Overlay, graduated from Stanford in the 1990s. He jokes that his was the last class of folks to have studied to become doctors and lawyers, before everyone “went tech.” After he graduated, Chris decided to join the trend. He has been a top level executive for the last 25 years running services, products, engineering, business development, and strategy, and was part of the IPO team at Jive Software when it went public in 2011.

After achieving that milestone, he wrote a book about how leading companies are winning with social disruptive technology, Transform, which made the NYT and USA Today best seller lists. Around that time,  Chris noticed that most software was designed only for people in cubicles: while the tech boom transformed a lot of businesses indoors, when workers stepped outside a building, data wasn’t really helping them get their jobs done.

Chris, Josh Richau, and Cipora Herman had met 25 years earlier at Stanford. After reuniting, they agreed that they wanted to create a data platform for people who work in the field, and they also had an eye on bigger climate issues, particularly  water management. Overlay was launched in 2015 with Chris and Josh as co-founders and Cipora on the Board of Directors.

We’ve all seen utility workers in a neighborhood spray-paint the street when trying to figure out where pipes are; however, sometimes they accidentally dig into them, spilling gas or water into the environment. These accidents cost about $30B a year in damage. Overlay has developed a portable, handheld device that’s a precise augmented-reality (AR) experience to help professionals working in the field better understand physical infrastructure in full 3D, even when it’s underground. 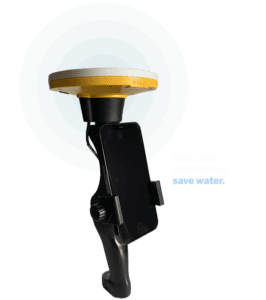 Using the device, they can see where pipes are and how deep they are. When the surface is uncovered, upon initial build or during maintenance, they can capture a “digital twin” of the assets paired with precise GPS coordinates so that later, when it’s paved over, workers can look straight through the ground to see what’s underneath.

It’s not any easy task to use AR outdoors, where things are not stationary. To make it work, Overlay employs similar advanced algorithmic approaches to those used by the military to shoot down ballistic missiles and by scientists to dock rockets with the International Space Station. The system has applications in many real-world, outdoor sectors, including construction, landscaping, surveying, transportation, architecture, and utilities. They recently finalized a contract with Xylem—one of the largest global water utilities—to identify critical and costly water leaks.

We spoke to Chris about his remarkable journey in building Overlay and his passions around wanting to help manage the world’s most precious resource in the midst of dramatic climate change.

Why Overlay? Why Now?

I think the “why now” is climate urgency. The issues around water are not even close to the fever pitch they’re going to be; the problems are getting worse. Climate change and managing water resources are going to start impacting everyone’s lifestyle, and so for us, it’s work that has to be done. We just have to be smarter about how we manage that resource in every aspect, so the idea about helping water agencies solve problems in the field got us pretty excited.

It’s imperative for us to do more than just return value to our investors, and we felt we had to do something that was going to help with a problem. As a society, we need to start paying off the debt that we’ve accumulated over the last century or two. Everyone needs to be tackling at least a piece of the climate problem.

What strategies did you use to get your first customers?

We searched for thought leaders in the water space and we tried to network with all of them. We looked for the folks who had a vision for digital water, and Xylem was one of them. Xylem is one of the largest water companies in the world and is in 150 countries. The nice thing about this space is it’s fairly small and we are all under the same pressure. People in the water space are very self-referencing, so they look to a handful to prove something can work and then they all sort of adopt it.

Any advice for new founders and fundraising?

My biggest advice is, if they believe in their dream, they need to stick with it. I think entrepreneurialism tends to attract the young partly because it’s a reasonably disposable, rough-and-tumble sector. I think founders need to latch on and hold tight to whatever they believe in. Because if you stick with something, you’re gonna figure it out and you’re gonna find the right people for your dream. If they’re solving a real problem that provides value and is important, they will find people that will help. Sometimes it may seem like they’re alone in the desert, but my advice to all entrepreneurs is always just stick with it.

There are more people trying to solve climate problems than it appears from the outside. So founders focusing on addressing climate issues may find it easier than before.

What’s been the most difficult part about building Overlay?

The most difficult part is that I’ve always explored my career off the beaten path, and Overlay was no different. I think the normal path for me after taking Jive public would have been to go into venture or continue the executive-level career. The most challenging thing has been convincing everybody around us about who we are, what we’ve done, why we’re doing this now, and why we think it’s important. We’re not coming straight out of Stanford, with AI stuff. We’ve seen a lot, done a lot, and solved a lot of software and critical workflow issues at several different companies—and now we’re excited about Overlay. Once things start kind of rolling your way, it’s not such a hard problem, but getting that momentum does take tremendous effort.

What’s your dream for Overlay?

That Overlay becomes the de facto platform that people use out in the field and that all of these outdoor jobs become data-driven—that we’re just smarter about. I think we have to be gentler with the planet. We have to make smarter use of all of our resources and I would love it if Overlay was the way that we just managed everything we did outside.