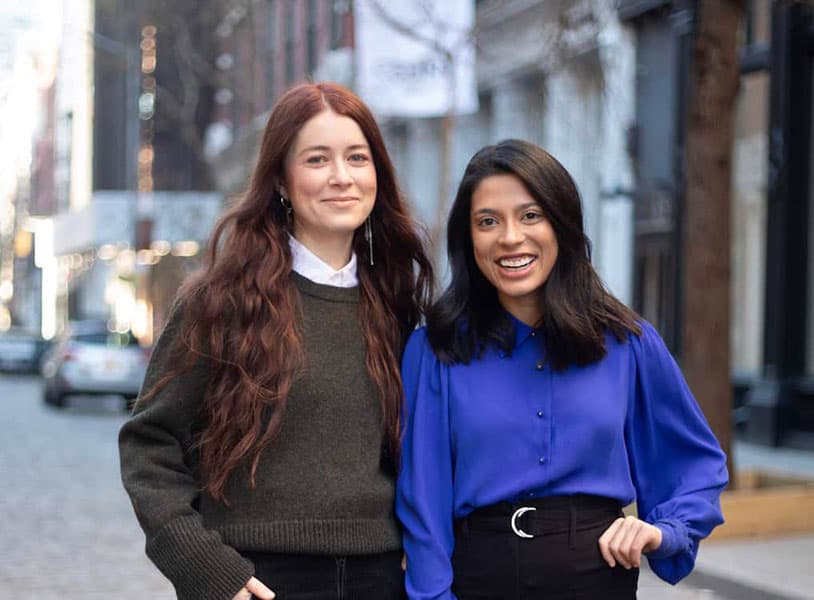 Growing up in Cleveland, Viveka Hulyalkar began her entrepreneurial career at the age of five by selling bookmarks. In grade school, emulating her hero Nancy Drew, she gave out business cards for her detective agency. Her parents, Indian immigrants, always encouraged Viveka by saying that if something compelled her, she should do something about it. At 15, she started an environmental nonprofit. She pushed to partner with the Cleveland Cavaliers by calling an online number. Eventually, the NBA sponsored them and they installed a million dollars’ worth of solar panels at local schools within a year.

Viveka graduated from Brown and went on to work at McKinsey, where she engaged with a lot of retail clients—and realized many were struggling to hang on to customers, Through that work, she learned that more than 70% of 18- to 34-year-olds would pay more for a brand that aligns with their values and is more socially responsible. She became obsessed with the idea of building a new model of loyalty that would solve a massive business need and help nonprofits as well.

She met her co-founder Alex Sadhu, a former software engineer at Tinder, through friends. Having never met in-person, Viveka and Alex developed their idea virtually, finally meeting months later. Their creation, Beam, enables users to donate part of everyday purchases of partnered brands to causes they believe in—at no extra cost to the user. The firm launched in 2017 and now has over 100 partners, including IKEA and Instacart. Viveka and Alex were named to Forbes’ 30 Under 30 in 2021 in the Social Impact category. They recently raised a $13.3M Series A round and remarkably, they did it in six days!

We spoke to Viveka just before their Series A announcement, and she told us that when they started out it was “boots on the ground” to sign up customers. She also shared why she believes millennials and Gen Zers want to use their spending power on brands looking to make a difference.

To get our first brands, we started with consumers. We did a lot of market research and had  studies saying customers wouldn’t pay more. Then, we spoke to a lot of people and asked, “What are the ways you want to make a bigger impact in your life?” I called a franchisee of a large fast-food chain and told them we wanted to get their feedback on a business concept.  We built a really minimal-viable product and stood in-person with an IPad in locations of this restaurant, and just got people to download the app. Customers were apparently returning more often—and what was even more compelling was that management reported that these customers were asking why they couldn’t use Beam at a different location. So we took those early results and showed them to other partners.

How did the pandemic affect your business?

Going into the pandemic, our clients were exclusively fast casual restaurants and one brick-and-mortar focus retailer, IKEA. So initially all of our partners stopped operating when the pandemic began. Also, our strategy had been based on people who were using Beam on their commutes when they were going into the office, etcetera. So we had to accelerate the launch of this other part of our business that we were planning on building anyway. Now you can use Beam online when you buy from one of our partners; there are options to click which nonprofit you want to donate to and 1% of your purchase will be given to that cause.

Why Beam, why now?

We’re addressing a business-facing problem and a consumer one as well. Businesses and  e-commerce brands are facing more competition than ever, and customer acquisition costs are rising. It’s getting more expensive to acquire customers through Facebook, so it’s harder to survive on a retention strategy that’s flash-sale driven. There’s the need for a better form of loyalty that keeps people coming back. People are also more collectively concerned about social issues than ever before. There is a massive appetite for ways to make an impact within our everyday lives, but so many of us feel powerless. And you know, people say things like “I vote, I donate my money, I volunteer. Those are things that make a real difference, but how often can I do that?” So we are giving people a way to make a real, tangible impact in their everyday lives—and in the process, rewarding brands that do the right thing in terms of investing in their communities to build a better form of loyalty.

What’s your advice for other founders about fundraising?

Don’t try to fundraise when you’re not at a key moment, because so much of fundraising is momentum-driven. And that might, you know, sound easier said than done. But we put a line in the sand in terms of “We need to hit this revenue milestone. We’re not going to try to fundraise until we do.” And we had to make some sacrifices in terms of cutting costs: we were paying ourselves a minimum wage for two years.

What’s your dream for Beam?

My dream for Beam is that we do three things. Number one, shift $10B from brands to high-impact nonprofits moving the world forward. Number two is building a massive global community of consumers and everyday people for whom we are building, helping 50 million people believe more strongly in their power to make a difference on an everyday basis. And number three is building the business case to shift all brands to be more socially responsible.