The Quest to Move a Trillion Dollars into High Impact Charities 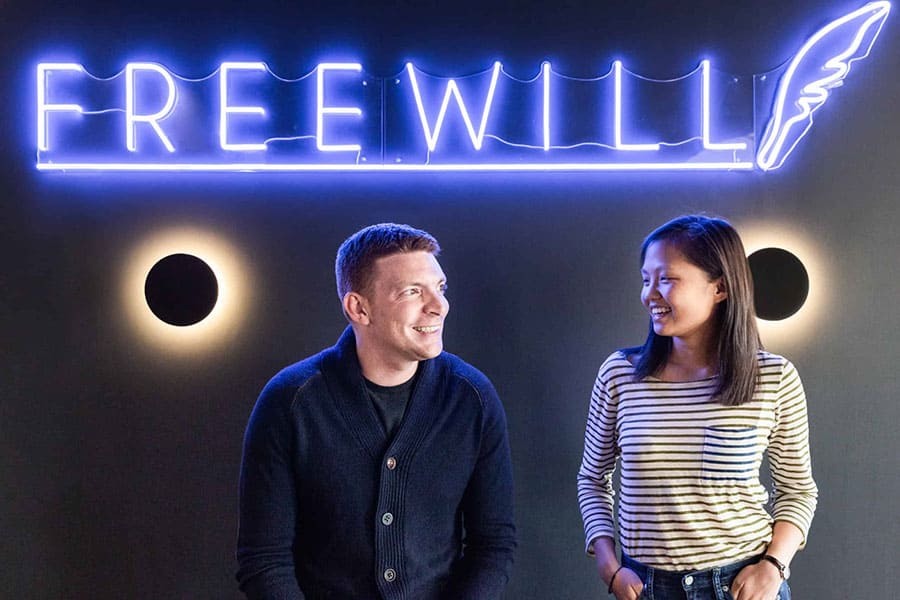 Ulupreneur Jenny Xia Spradling, the daughter of immigrant Chinese parents, grew up in Washington State. When she visited China as a child—where her not-so-distant relatives were still living in the countryside—she was struck by how they had very little compared to what she had back home, and it made her want to level the playing field for other people. Jenny went to Harvard, which she says was a life-changing experience: everywhere around her she saw people who also loved to learn.

Jenny describes herself as a quiet, shy young girl who wasn’t very articulate, but loved numbers. After graduating she went on to McKinsey, where she observed how the firm excelled at influencing people. She also recognized that it would be a necessary skill for her to develop if she wanted to make a difference in the world. She wanted to do something entrepreneurial, but remembers having “imposter syndrome” about whether someone like her could start a company. She did just that by helping to found Paribus, an app that helps people get money back on purchases; the company was later sold to CapitalOne.

Jenny was passionate about nonprofits from a young age and saw how hard it was for them to raise money. She went to Stanford GSB in 2016 and met her soon-to-be co-founder and co-CEO Patrick Schmitt, who was also focused on nonprofit giving. A major source of charitable contributions is from assets bequeathed by individuals in their wills, and Jenny and Patrick knew that the main barriers to estate planning were that it was scary, complex, and expensive for most people. They wanted to find a way to make legal wills online in a way that was warm, intuitive, and free. She credits Patrick for the “aha” moment that spurred them to create FreeWill, a free tool for individuals that makes it easier for them to give and simpler for nonprofit organizations to receive. Since its founding in 2017, more than $4 billion in transformative non-cash gifts (bequests, stock, crypto, charitable distributions from IRAs, and more) has been committed to charity through the platform. As of Q1 2022, the company raises nearly $6M per day for non-profits and just raised a $30M Series B round.

We spoke to Jenny about the strategies they used to build FreeWill and the passion behind it.

What were the strategies you used to get your first customers?

We knocked on every door. We asked all our friends, our professors, we asked anyone who had any connection to a nonprofit—it didn’t matter what size. And we said, “Will you please talk to us?” After talking to more than 100 nonprofits about what it is that they needed, I think our first customer came through a friend-of-a-friend. We wouldn’t have gotten the intro if not for that friend, but we also wouldn’t have closed the deal if it weren’t for those 100 customer conversations that really helped us refine our story.

What’s been the most difficult part about building FreeWill?

The most difficult and the best parts are all related to team building. When you realize you brought in a new hire who wasn’t a match for the team, there are hard conversations you must have. And vice versa: there are times when you realize the company isn’t serving them well; for me, that’s where the pain is. There are also hires that produce tremendous joy. I still remember when we hired this intern, Rachel; we promoted her four times in two years, and she’s now running a team of 20. And wow, that just feels incredible.

How did the pandemic impact your business?

I think we had preconceived notions about what we could get done remotely: we assumed that you couldn’t build trust and rapport very well remotely, and we assumed that efficiency would drop in a huge way. But that’s not what happened. The pandemic hit nonprofits really hard and probably a third of them went out of business. Two-thirds of our customers had huge budget cuts and headcount cuts, where they had to make really hard decisions. And the only reason we survived and actually grew a lot during that time is because the team doubled down. They were more committed and really efficient. Instead of dealing with laggards, we really had to focus on work/life balance and people not getting burned out. So I think that that was a big learning—that we could make a really coherent, trusting, warm environment while not being in the same room.

The great wealth transfers are happening: there’s $70 trillion that is moving from the hands of Boomers. We believe there’s just not enough investment in technology that is built for Boomers and I don’t think there’s enough investment in tech that’s built for folks who can’t pay a lot of money for access to basic financial and legal services. The income gap is widening; the wealth gap is widening. And because of all those things, being part of a transfer of massive wealth from those who have to those who have not is really important right now.

What is your dream for the firm?

My dream is that we will be able to move a trillion dollars of money into charities that would not have received it if FreeWill didn’t exist. That’s the plan.