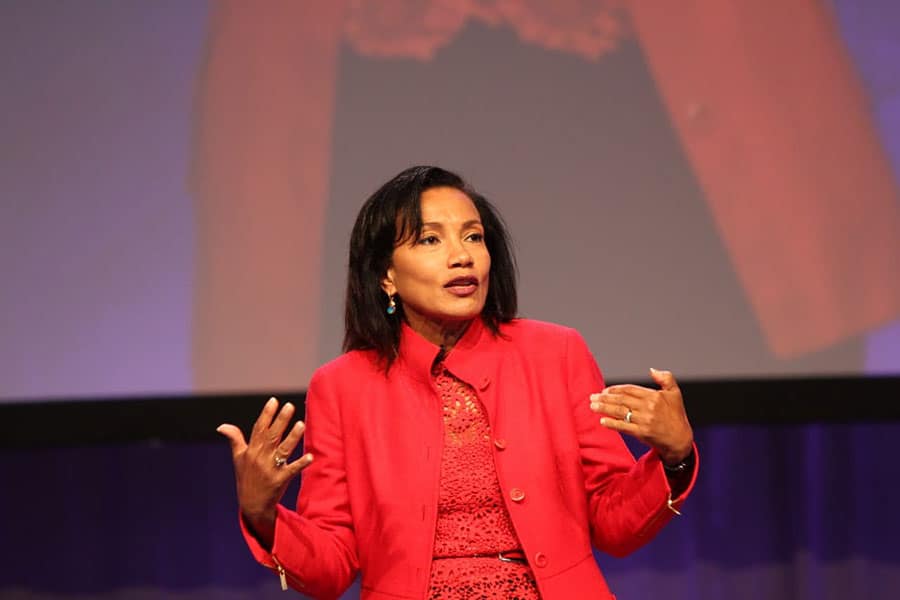 “Miriam Rivera, Co-founder, Managing Director and CEO of Ulu Ventures, is one of the leading Latinas in US venture capital, championing early-stage innovation and diversity, with a strong commitment to doing what’s right. Ulu is one of the largest Latina-led firms with $200M AUM and nine unicorns in the portfolio. Founders across current funds are quite diverse by industry standards. With Ulu co-founder (and husband) Ulu Managing Director Clint Korver, she proved early and often that funding diverse founders and teams is profitable. She is passionate about increasing the numbers of URM and women in the entrepreneurial and venture capital ecosystems. She believes that entrepreneurship can be the engine of both social change and economic growth, and she knows from personal experience that it’s “hard to be what you can’t see.” That is why Miriam is so passionate about increasing the number of underrepresented minorities and women in the entrepreneurial and venture capital communities, where she is confident they will create an abundance of value, wealth and opportunity — not only for themselves and their investors but also for the young people whose horizons will be forever changed by the power of their example.”

Miriam Rivera is Co-founder, Managing director and CEO of Ulu Ventures, a top seed stage venture fund in Silicon Valley focused on IT startups. Ulu generates great financial results using a disciplined, repeatable decision-making process that analyzes risk-reward trade-offs and also reduces cognitive bias. Entrepreneurs in the current fund are quite diverse by industry standards and she is dedicated to increasing diversity in both the entrepreneurial and investment communities.

Prior to Ulu Ventures, Rivera was vice president / deputy general counsel at Google, which she joined in 2001 as the second attorney. There she helped build and lead an award- winning global legal department. Her work to re-design and simplify contracts helped Google scale from $85M to $10B in revenues in five years.

Before Google, Rivera worked for Ariba as counsel, after having co- founded angel and then venture-backed Outcome Software. Previously, she worked as a strategy consultant for Accenture and as an associate at the law firm of Brobeck, Phleger & Harrison.

Miriam is the co-founder, former co-president and on the board of Stanford Angels & Entrepreneurs an “open source network” of Stanford alumni investors and entrepreneurs. She is a Kauffman Fellow in venture capital and a board member of the Kauffman Foundation, a national endowment dedicated to increasing opportunity for Americans through education and entrepreneurship. Miriam serves on the Investment Committee of Acumen Fund America, an impact investment fund serving the needs of low-income Americans. She is also on the Launch with GS Advisory Council, an initiative by Goldman Sachs to reduce the investing gap for Black and LatinX founders while driving returns.

A first-generation college student whose parents were migrant farm workers, Miriam found opportunities to excel despite the hardships of her childhood. As a scholarship recipient, Rivera graduated from Stanford University, earning AB, AM and JD/MBA degrees. She has helped raise $250 million for need-based undergraduate scholarships and endowed a scholarship fund for low- income or undocumented students at Stanford.

In her spare time, Miriam pants her way through Robin Arzon Tabata spin classes on Peloton, runs in the foothills and overcomes her fear of heights hiking in the Sierra. She measures the quality of her life by the number of days she gets to spend on the beach, preferably a warm one.