Providing a Financial Bridge for Founders to Grow 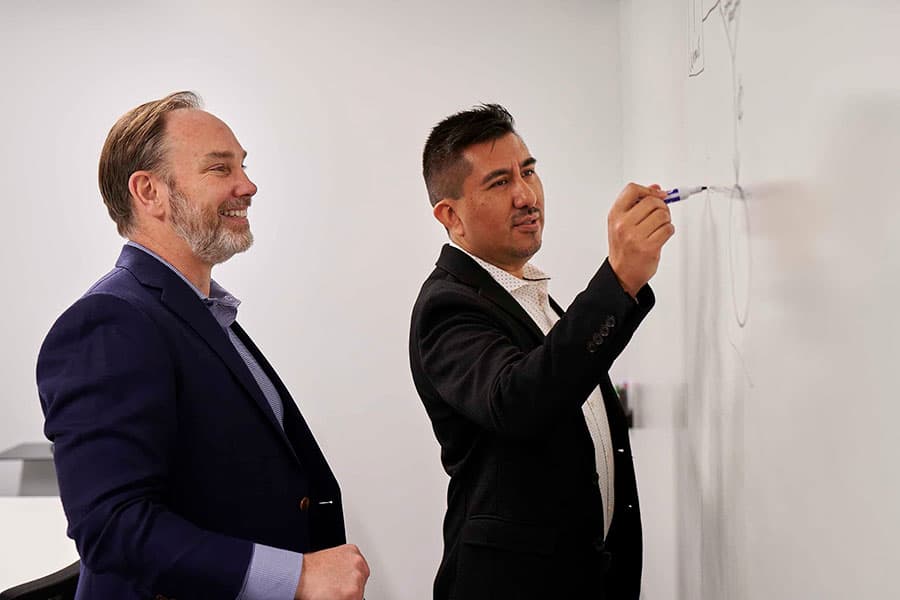 Founders often seem to have entrepreneurial skills in their DNA, evidenced by their talents kicking into gear at a young age; Ulupreneur Carlos Antequera is no exception. As a kid growing up in La Paz, Bolivia, he was always devising ways to make a little extra cash. At his all-boys school, many of the students were more well-off, inspiring Carlos to repurpose things he thought his classmates wanted and sell them—at a profit, of course. Whether making slingshots or adding a small margin to snacks sold during breaks, his creativity added up. He eventually saved up enough money to buy an Atari computer, launching his passion for tech.

Carlos came to the US for college, studying computer science at the University of Kansas, and earning his MBA there. He thought about working for McKinsey or one of the other big consulting firms, but decided “why not start my own company?” In 2001, he launched Netchemia, a talent management software company that helps K-12 school districts identify and hire the best possible teachers and administrators.

Initially, he gained traction—but realized the firm needed capital to grow faster, hire more people, and take advantage of opportunities. But banks told him the company did not have assets that could serve as a collateral and wasn’t profitable enough. Other people told him, “You’re a software company; you should raise money from angels,” but at the time K-12 was not an exciting area for VCs and angels looking to invest. Carlos persevered and was able to raise $6.5 million.This allowed the company to dramatically accelerate growth and that was when he saw the exponential power of capital. When Netchemia was acquired by PeopleAdmin in 2015, he stayed on with the company for another two years.

Soon after he met his soon-to-be co-founder, Keith Harrington. They are both graduates of the Kauffman Fellows Program, a two-year VC fellowship. Over conversations about capital access and growth, they identified a mutual passion for helping those founders who didn’t quite fit the requirements of venture or traditional banks, but needed an accelerant to keep their growth momentum. They had a good product and customer base but had been growing at only 30% instead of 100+%. Carlos and Keith started connecting the dots and in 2019 they launched Novel Capital, a digital platform designed to support entrepreneurs with non-dilutive capital, insights from data and analytics, and resources so founders can accelerate their growth.

What were your strategies in getting your first entrepreneurs as customers?

We started with our network. We quickly realized that a lot of people want to be nice, and they’ll meet with you and they’ll say nice things, but it’s often hard to get the action from them you need. So we moved to the more general markets quickly. We learned quite a bit from those conversations about the right pricing and packaging needed for the product to be something entrepreneurs were excited about. We also learned that there was going to have to be a lot of education about alternative financial instruments and why they were a valid option for entrepreneurs

Educating entrepreneurs and investors about the challenges of current financing options and possible solutions. A lot of people outside of the industry think, ”Why do you even need to solve this problem?” They think, “There are plenty of VC options and banks, so why don’t entrepreneurs get money from those areas?” They don’t realize the big gap that actually exists in the financial ecosystem.

What are your dreams for Novel?

We think access to capital for entrepreneurs is a global problem. When you think about the US being one of the most sophisticated financial ecosystems, you see that there are plenty of alternatives: there are sophisticated investors who know how to take risks in many areas. Looking at developing countries—where there’s less banking, less sophistication about financial instruments—we think that the opportunity is really large, globally. We want to be able to help the largest number of entrepreneurs around the world that we can with financial instruments that are digitally driven, data-driven, fair, transparent, and that allow them to grow the businesses that they want to build.