Tidying Up for Peanuts: Robots are Checking Into a Hotel (And More) Near You 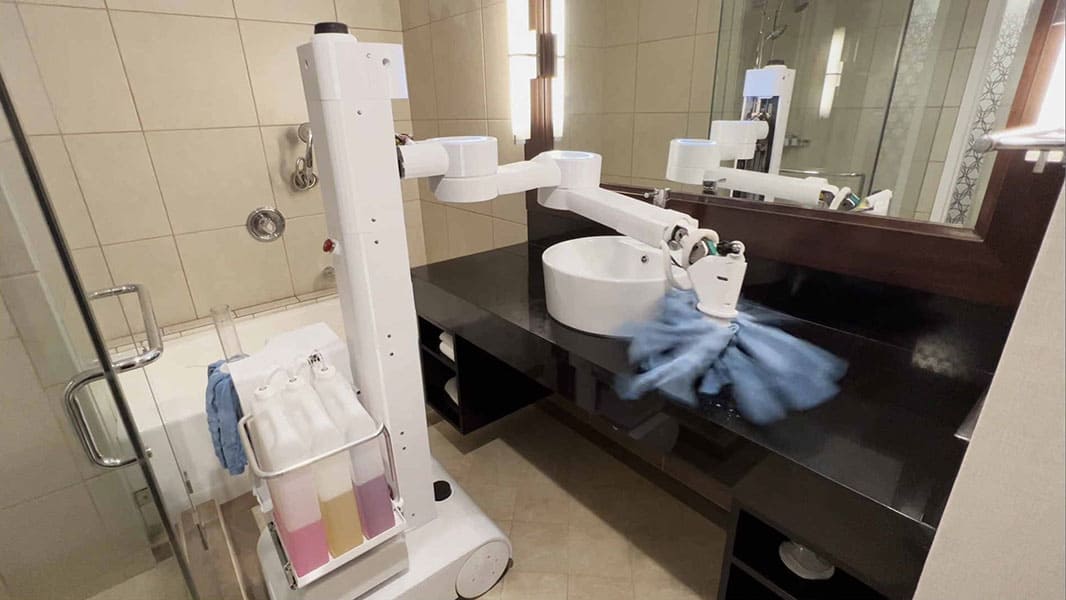 An entrepreneurial pioneer in the computer and robotics age, Ulupreneur Joe Augenbraun has been founding companies for decades, and even took one public. At heart, he’s always been a tinkerer. Growing up in Delaware, he loved and built robots. At age 10, he built a robotic dog on a leash that when “walked” would follow him, barking and wagging its tail.

During his high school years his family couldn’t afford a computer, which at the time, was expensive and very basic. His school, however, had a relationship with the University of Delaware that had powerful mainframe computers that could be accessed using large clunky computer terminals with a dial-up modem.  He approached the University and offered to fix any broken computer terminals they might have. His offer: “I’ll fix three from the junk pile, and you give me one.” His home terminal gave him access to a powerful computer at the University, and he used this opportunity to learn how to program and how large systems work.

Joe’s college graduation year was a tough year for new grads, so he leveraged his tinkering skills into becoming an auto mechanic. He describes that job as one of the most important experiences of his life; his year as a mechanic gave him a huge appreciation for what it’s really like to physically work for a living and helped ignite his dream of building robots to assist people with their work.

He started his professional career as a design engineer for Commodore, one of the early computer giants, and designed chips for a cutting-edge computer called the Amiga. After Commodore, he went on to work for Hitachi as a image and signal processing researcher before co-founding WorldGate, which sold cable internet products. They took the company public with a $1B valuation. 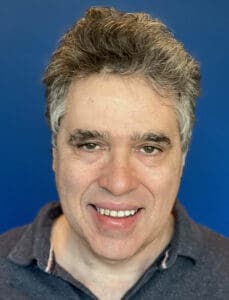 He then decided to get his MBA. When Joe applied to Stanford, he wrote an essay describing how—and why—robots were going to become ubiquitous. His reasoning spurred him to start a robotics company while he was in school: Neato Robotics, which builds consumer robotic vacuum cleaners. It became the #2 automatic vacuum after Roomba, but it was the first one to use machine-based perception to figure out its location in a room; it was the first commercial product of any sort to use this technology.

Joe enjoyed robots, so he started another robotics company which became a quick acquisition for a Taiwanese company.  Those robots are being used in Japan for elder care.

Joe was ready to start his third robot company.  In the back of his mind he remembered that a friend had once told him that they needed robots to clean hotel rooms. He looked at the data and found that housekeepers were in short supply, with few people replacing those who leave that work—and there were many other industries with cleaning jobs that could be done by robots. Joe believes that robotic cleaners don’t take jobs away from humans; rather, they backfill a shortage of human workers while elevating former cleaners to supervisors. He founded Peanut Robotics, a commercial cleaning robotics company, in 2018 to fulfill this vision.

We had a fascinating conversation with Joe about his pioneering journey in computers and robotics, and how he sees robots transforming society.

“Robotics is not going to just be a niche; it’s going to be transformative—like the automobile was, like the internet was.”

What were your strategies in getting your first customers?

I’ve never had a company where it was easier to get customers. We just started asking around and we found friends of friends, people we know—and pretty quickly, and with a tiny bit of press—word gets out. We literally have, every few months, someone emailing us out of the blue, a major customer (including large public companies) that comes to us by word of mouth.

The pandemic shut down hotels. I had to put a huge amount of my own savings into the company because during the pandemic we couldn’t raise money from investors. We had no prospects. And so I just kept it going, because I believed in it. We took that time to design a better product. Before the pandemic we were using a very expensive commercial robotic arm because it was the only one that met our needs.   We were able to design our own arm that met our exact needs, saving us 90% versus the arm we were using —and now the whole robot costs less than $10K.

Any advice to founders about addressing risk when building their company?

There are three fundamental core risks in any startup. There’s capital risk, market risk, and  technology risk. Your whole goal is to bring in enough money that you can address each of these risks enough that you can raise the next round.  In most startups the risk is concentrated in one of these three areas and your high risk area is where you need to focus.  For our company the risks were technology and capital – so we worked to demonstrate our technology early to retire technology risk, and we worked to reduce the cost of the robot to retire the risk it would cost too much to deploy.

“If you don’t keep your eye on risks, appropriate to your stage, you’re gonna die. It’s just not gonna work.”

This is one of the reasons we love Ulu – they have built a model to assess market and risk, so the work we did was reflected in their model.  In other words Ulu was able to appreciate our hard work.

What’s your dream for Peanut and robotics in general?