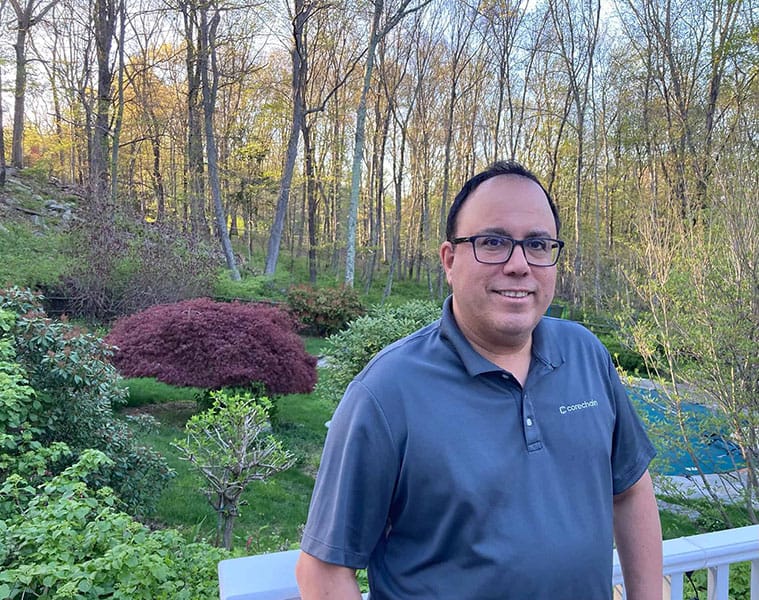 Not many entrepreneurs can boast that one of their first jobs out of college involved learning  to cook in one of the world’s most famous kitchens—Betty Crocker’s (it really exists). Ulupreneur Chris Aguas headed up three divisions of the dessert mix brand. And yes, he makes a mean apple pie.

Chris was the first member of his family to go to college. His father had never graduated high school and his mom came of age in an era when women were not expected to go to college. But they were both serial entrepreneurs and passed that gift on to Chris, who developed a great appreciation for the opportunity to identify markets, find customers, and build cool products that people want to buy. After World War II, his father made a career for himself developing, marketing, and selling automotive trim accessories.

At 13, Chris wanted a personal computer system, which at that time cost $10,000. So, his father encouraged him to set up his own business to pay for it. His father became Chris’s client—but his efforts added enormous value to his father’s business, improving its cash flow by nearly 20%.

After graduating from Stanford, he went to work for General Mills and took over three divisions of Betty Crocker’s dessert-mix brand. There, he learned how to launch and market consumer packaged goods. He returned to the Bay Area at the height of the dot-com era and worked with several early-stage companies before going back to Stanford for his MBA. Over the next 20 years, he co-founded and exited three companies. The third company exited after 15 years at $1.6B, but by then he’d gone back to the corporate world to work for Visa and Mastercard.

Chris had always been intrigued by the fact that nobody has ever figured out how to make electronic payments at scale in the North American business-to-business (B2B) space,  where two-thirds of payments volume is still settled by a paper check. This reality mystified him. His “aha” moment came in 2016, when he began learning about distributed ledger technology, or blockchain. He realized that it could be the key to solving the B2B payments problem. So, Chris kicked the concept around for a couple of years before starting CoreChain in Spring 2018 to merge the opportunity in B2B payments with what he calls “the magic of blockchain.” Since its launch in September 2020, CoreChain has processed over $1 billion in B2B payments for enterprise buyers, including channel customer transactions.

We spoke to Chris just before the team announced their $4.2M raise in April led by Ulu and his dream to ring the bell.

We basically networked our way to the exact kind of customer we wanted. People didn’t  know or believe that companies like us existed. I remember sitting with the CEO of our first potential customer who was somewhat in disbelief as I was describing what we were planning to build. He was saying, “You mean you would do this for me and I could pay you, and you would do these services for me and deliver this as part of my customers’ service?” Suffice to say we had some good theories—and spent a lot of time on the road finding the right prospects to begin trying out those theories.

Do you have advice for other founders who are fundraising?

Match up real market needs with real solutions, and then get resources behind them: people, money, customers. I don’t think you can force the process. I think an entrepreneur has to have an in-depth understanding of the problem that they’re trying to solve before they can successfully muster resources, whether it’s people or money. It’s really challenging to be successful. If you don’t understand the problem you’re solving at an extreme depth, investors will challenge you on that. And if they don’t, investors will bring in other subject matter experts who have that degree of expertise. So make sure before you hit the fundraising trail that you have a really deep understanding of the customer problem and how your solution addresses that problem in a unique fashion.

What’s been the most difficult part of building CoreChain?

Our key to success is our B2B partner strategy and that’s also our biggest Achilles’ heel. Because while partnerships are a great way to scale quickly, you do surrender a degree of control—because the ultimate end customer isn’t our customer … it’s our customers’ customers. So we’re reliant on them to provide sales and marketing development from an integration standpoint, as well as services to support those customers—if we could control those things directly, we would have arguably a better ability to influence the outcome. Instead, it’s more persuasion; you know, working through the channel to help them become effective at what we’re jointly trying to do together. I think helping your customers become successful with their customers has been the biggest challenge.

I managed to convince a lot of other folks, including the good folks at Ulu, that the emergence of blockchain technology gives us an opportunity to solve problems like B2B payments by using a network architecture in a way that you couldn’t before, or that were really hard to solve using linear technologies. And so we think that will help us gain the secret sauce that we need to penetrate through to the marketplace and finally displace these paper checks, because we’ll have a solution that’s easy enough to use at a low enough price that it finally makes sense to hang up the check writing and adopt electronic payments.

What’s your dream for CoreChain?

I’ve had the opportunity to be part of building companies and also going through some exits, but never had an opportunity to take a company all the way through to a public market exit. So across our three member founding team, we want to ring the bell at the New York Stock Exchange the day that we list.