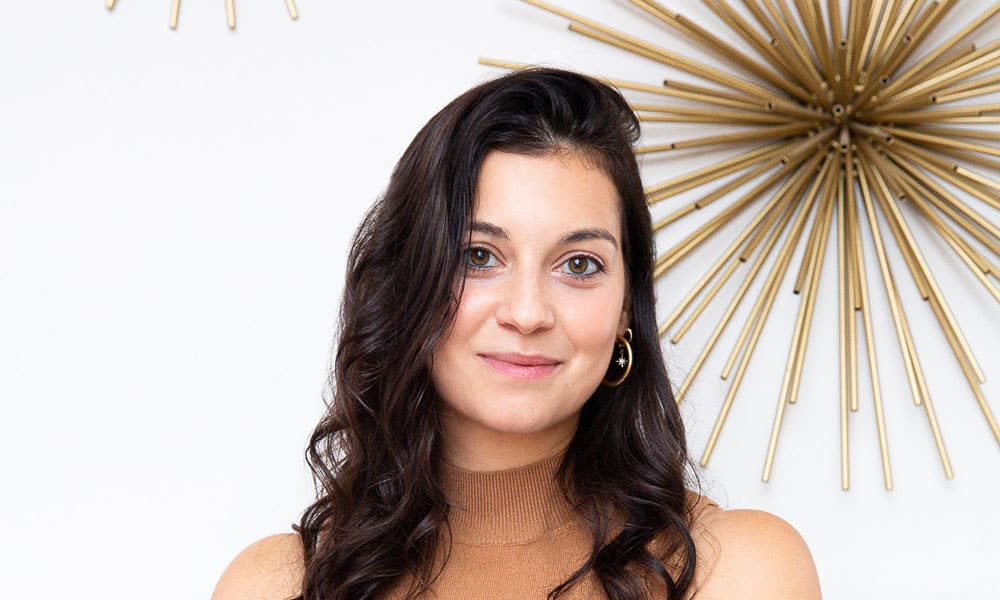 Growing up, Ulupreneur Gaby Izarra imagined globetrotting as a travel journalist would be the coolest job ever. Journalism was in her blood: the year before Gaby was born, her parents immigrated from Venezuela and her dad created a Miami media company reporting on the television industry in the Latin American market. She studied journalism at the University of Florida, ran her own music blog, and managed a team of writers.

It was dance, however, that profoundly influenced Gaby’s life path. Throughout her childhood, she danced with a strong network of girlfriends from diverse socioeconomic backgrounds who shared the challenges that young girls face. Whether they talked about self esteem or body issues—or explored their dating lives and sexuality—that tight network helped Gaby develop strong empathy for her community.

That empathy would only deepen at 16 when she found herself pregnant, and she discovered the challenges, stigma, and shame others like her faced when seeking abortion care. Her family was immensely supportive, but she felt disappointed in herself, even though one out of four women in the US will have an abortion by age 45. There was still too much she wanted to accomplish before taking on motherhood. Unbeknownst to her then, it was an experience that would lead her to a future innovating in the abortion care space.

Her entrepreneurial spirit drove her to San Francisco in 2013, where she ultimately got her break in tech and proceeded to work at a number of Silicon Valley companies in the design world: Creative Market (an Autodesk company), Webflow, and (briefly) IDEO.

For her, the common thread connecting these jobs was her work to elevate others, whether they were artists, designers, or entrepreneurs— a mission that now extends to elevate women, and others with uteruses.

Gaby knew Kiki Freedman in high school and reconnected with her at a gathering in 2019. There they discussed an idea that Kiki was developing at Harvard Business School. While in college, Kiki had been profoundly affected by seeing protesters outside Missouri’s only Planned Parenthood facility on multiple occasions and recognized that access to abortion services was in jeopardy. She saw the rise of telemedicine and thought, “Why can’t telemedicine services be applied to abortion care?” In 2020, Kiki, Gaby, and a third co-founder, Kate Shaw, founded Hey Jane, a virtual clinic currently offering abortion care through telemedicine, operating now in seven states.

We spoke with Gaby about the timing of Hey Jane in light of Roe v. Wade’s overturning, how they want to improve women’s experience of abortion care, and their plans to expand services into other health areas.

First, we received a lot of referrals from the abortion provider community; it’s an incredibly tight-knit group. We were on a number of listservs where people were just essentially sending us patients. It was a trickle—and then we launched Google search ads, which turned out to be a really efficient method of reaching people who have a very clear need.

Do you have fundraising tips?

Ensure that you are always collecting the right data to help build your narrative. You’ve got to be resilient and have strong convictions.

Out of the gate, we had very strong convictions that telemedicine is the future of abortion care. That persistence has allowed us to grow the business in a way that translates into getting funded.

Abortion remains a highly controversial subject for some and because of our mission, we needed to find investors who were incredibly aligned with us and equally motivated to see Hey Jane reach its ambitious visions. We succeeded in doing that!

What happened after Roe v. Wade was overturned?

We saw a huge surge in demand overall. In states where it’s still legal, the clinics are very overburdened and there are often long wait times to get an appointment. For patients in restricted states, the problem then becomes more expensive, because women have to travel to a state where it’s legal even to receive abortion pills in the mail. For low-income people, it can be mind-boggling. How do they pay for transportation, find childcare, and pay for that childcare? We’re also seeing women who are just more anxious about care in general, even if they’re in non-restricted states. Right now, there are 19 states that ban telemedicine abortion, not to mention those that have outlawed the procedure entirely. We are working on increasing financial accessibility through insurance coverage, sliding scale payment options and abortion fund partnerships.

What are your dreams for Hey Jane?

We want to continue to expand and serve the most critical, common, and ignored needs for women, and those with uteruses. We already go way beyond medical needs by offering emotional and social support. We are launching a pilot very soon offering therapy, medication, and community support—Complete Care—for perinatal mood and anxiety disorders (PMADs). We want to become one of the most trusted brands in healthcare across the board.